Can we help people achieve spirituality? 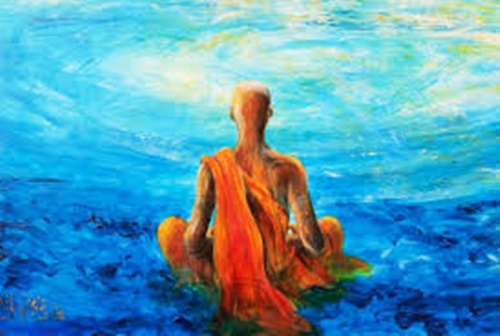 Is our spirituality different from that of others?

Our spirituality and that of other people

Spirituality is a state “Meta” the state beyond the physical that refers to the immaterial, to the spirit.

Here is a story that gives an exhaustive explanation on the awakening of spirituality.

Can you awaken spirituality in others?

You and other friends went on a trip and rented a house.

After spending the day you went to sleep, the others in their room.

The next day some have woken up early, others are still sleeping.

Do you think that people who wake up earlier are more advanced than those who are still asleep?

No, they just woke up first.

Perhaps because they slept very badly or because their room was very bright.

They are not different to anyone.

Now what would happen if these people went to wake up the others?

They could get irritate you until you get to quarrel because they have not rested the time they needed.

People who are still asleep are not less evolved.

You do not know what happened to them. Maybe they had a hard week. They could have gone to bed much later, unlike those who got up early.

What should made the people who have woken up before?

Have breakfast, clean the house, plan the day, start organizing what you want to do.

You can think of others and leave breakfast ready and think about what to say to them when they wake up.

When the other wakes up, you have taken care of him, you will feel like friends, you will feel in the right place and you will understand that this journey is a pleasant journey.

This is how I see the awakening of spirituality.

Perhaps you suffer from seeing a world that people around you do not see.

Maybe you want people close to you to live the same thing you live.

Maybe you want them to open up to something bigger.

But they are still asleep.

And if you try to wake them up, you will fight.

Leave these people where they are.

Continue your work without wanting to involve anyone.

Do your part and take care of the house.

Take care of your surroundings and what you can do.

And remember that you are not more evolved than anyone else. We are all in the same game. We only woke up before …

And soon everyone will wake up. Without any exception.

When the sun starts beating hard, the light enters the rooms and there is no way to go on sleeping.

This website uses cookies to improve your experience while you navigate through the website. Out of these, the cookies that are categorized as necessary are stored on your browser as they are essential for the working of basic functionalities of the website. We also use third-party cookies that help us analyze and understand how you use this website. These cookies will be stored in your browser only with your consent. You also have the option to opt-out of these cookies. But opting out of some of these cookies may affect your browsing experience.
Necessary Sempre abilitato

Any cookies that may not be particularly necessary for the website to function and is used specifically to collect user personal data via analytics, ads, other embedded contents are termed as non-necessary cookies. It is mandatory to procure user consent prior to running these cookies on your website.