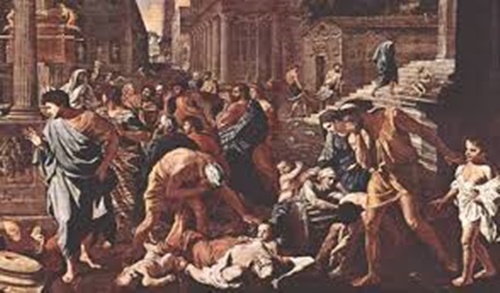 Why is it important to treat the whole family in the Systemic Family Constellations, especially in case of desease?

The family is one of the central nuclei of the study on Systemic Family Constellations.

Family Constellations can also be used for other situations such as health, fears, profession, sale of houses or land and, as in Brazil, in the judicial field for divorces, robberies, murders and rapes.

Bert Hellinger, psychotherapist and founder of the Family Constellation Work system, has shown that every family has a systemic field, an intelligent energy field that contains all the important energy impressions of the family system.

The traumas cause disturbances to the free flow of energy in the Systemic Family Constellations  field and, these blocks, influence the members of the family in various ways.

The Systemic Family Constellations have shown that everyone in a family is connected by the field for at least three generations, this means that a trauma experienced by our grandfather can directly affect us energetically, even if we do not know about the trauma.


Hellinger has also discovered that every member of the family has a special place and has the same right to belong to the family system.

This also applies to children born dead and aborted, as well as to failures and the authors of our family who may have been rejected for reasons of immorality, misconduct or abuse.

If any member of the family is missing, forgotten, excluded or ignored in some way, someone in a later generation can repeat their destiny by sharing a similar disgrace.

Only when we recognize and honor the difficult destinies of those who have preceded us can we re-establish the Orders of Love and break the chain of tragic destinies.

Given all this we can say that, thanks to Family Constellations, we can verify if there is a dynamic acting behind a serious illness and what is this dynamic.

The procedure is as follows: the patient who wishes to configure his family of origin, chooses among the participants those who will represent the various members of his family: his father, his mother, his brothers, etc.

You have to be centered, insert them in the room, based on their mutual relationships, even without saying anything, the important thing is that they remain inside centered.

When the patient does with inner recollection, the image of the family that unconsciously leads into his heart comes to light.

In this image we can read the dynamics that lie behind his illness, we can see, for example, if someone wants to follow someone, or if someone gets in the way to prevent anyone from going.

When this comes to light, we are able to reconstruct the familiar image, so that the dynamics that brings unhappiness sure to act or act less strongly.

This solution can be displayed simultaneously on the image and starting.

It is documented that there is a profound connection between the health of the whole person and the health of the system in which a person lives and the family system is one of the essential systems that influence an individual, often through several generations.

He was asked to describe their relationship with their parents using the following scale: “very close”, “warm and friendly”, “tolerant” or “tense and cold”.

Thirty-five years later, the results were:

Ninety-one percent of the participants who said that their relationship with the mother was “tolerant” or “tense and cool” was diagnosed with a significant health problem such as coronary heart disease, hypertension, alcoholism, etc.

The participants had a tense or cold relationship with both parents, the results were surprising: 100% had significant health problems.

These statistics are revealing and suggest that our connection, or lack of connection, with our parents can affect our health as we age.

Relations with our parents, even if they are unhappy, can heal by freeing the family trauma and fear so that the flow of love can return to circulation.