The Angels of Kabbalah 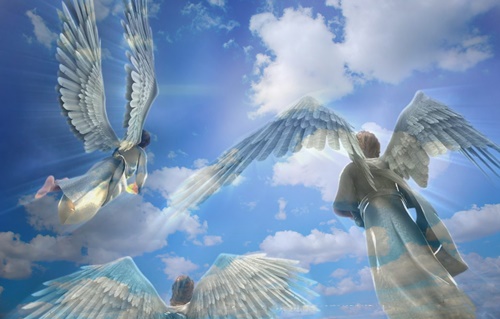 The Angels of Kabbalah

Invoking the Angels of Kabbalah

The Kabbalah interprets, thanks to the Hebrew alphabet, the texts of the Bible and in this way we can better understand how the divine world works.

In fact,Kaballah is the connection between the Physical and the Divine Studies on Kabbalah date back to the Middle Ages and are still considered important today because the Bible is considered a scripted Sacred Script.

Kabbalah is the code of access to reading and the messages contained in this book, but this text is not yet completely deciphered.

The Angels of Kabbalah or 72 Names of God or Celestial arise from the interpretation and analysis of the three verses 19-20-20 of the Biblical passage of the Exodus, Chapter 14.

20) So he went to stand between the camp of Egypt and the camp of Israel; and the cloud produced darkness for some, while it gave light to others at night. So all night, one did not approach the other.

21) Then Moses stretched out his hand over the sea; and the LORD withdrew the sea with a strong east wind all that night, and changed the sea into dry land; and the waters parted.

The three verses are composed of 72 letters and taking the first letter of each verse we obtain 72 Names composed of 3 Hebrew letters.

Angels are thus born from the studies of Kabbalah which has a free interpretation therefore these 72 names can be called Names of God or Celestial or Angels of Kabbalah.

The Angels of Kabbalah have a strong relationship with divinity and are considered sacred.

The most orthodox Jews do not pronounce the name of God, they consider the word a mantra so strong and therefore they will always invoke one of the 72 Names.

The Angels of Kabbalah invocation

The Angels of Kabbalah can be chosen to accord to one’s own needs or with the harmony of the most appropriate angel at the present moment of one’s life.

The angel of birth is an energy that accompanies the person, helps to understand the mission in this life and influences the behavior of the men who are under their care.

The Angels of Kabbalah must be invoked through meditation, vocalization, action, develop harmony with the angel’s energy.

Opening the space to receive energy for your life and is the tool that leads to true spiritual growth.

In this book, we will discuss how to communicate with the 72 angels that are associated with the 72 names of God in volume 1 of this series.

We will not be using any fancy and complicated rituals.

With all due respect to those who plan elaborate rituals, the rituals end up being more of a distraction.