Metaquantistica, the search for well-being 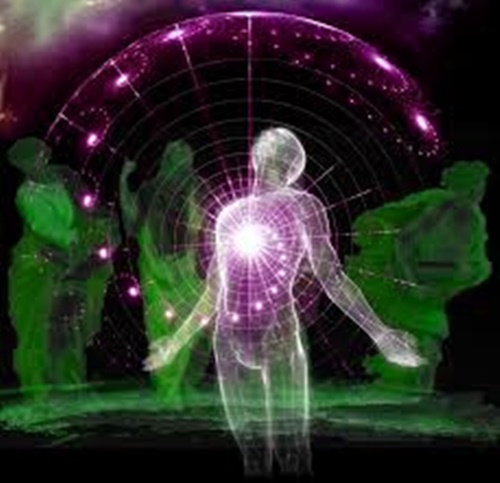 Metaquantistica, the search for well-being

Metaquantistica Informazionale is the fusion of two different ways of thinking that have the common one goal: to reach psycho-physical well-being.

Metaphysics is a philosophy of thought that, with the term “Meta”, indicates above reality, beyond the physical.

Quantum Physics, of an almost magical nature, has detected the world of molecules and atoms, where “all” is in “Everything”, with its continuity, waves that behave like particles, that go beyond the barriers, that communicate with each other telepathically.

Metaquantistica Informazionale  is a methodology that can be practiced by any person who is either a believer or a religious or an agnostic.

The Metaphysics is the day, the Yang, the masculine, the Metaquantistica, the night, the Yin, the feminine, positive and negative energy that work together to achieve the same goal the psycho-physical wellbeing thanks to the information.

Beyond reality, the “Meta” state allows those who practice this methodology free space for the interpretation of another reality, which at the moment appears unknown, due to the lack of scientific tools and results.

The Metaquantistica then goes beyond the state of Quantum Physics of “wave-particle duality”, it arrives at the state where the waves and the particles create a “plasma” that does not have its own form because it is of an unpredictable nature and can overcome a barrier.

This plasma that we do not see and define the “vacuum” is a situation that does not exist for Quantum Mechanics, because even in the “perfect vacuum“,  there are innumerable energetic fluctuations that can generate particles virtual ones that come from nowhere and quickly disappear.

Plasma, in turn, could create entities invisible to us, those entities that we call extraterrestrial or angelic forms.

The human being is therefore not a single individual in the “void”, but connected to other beings, entities of plasmatic nature that for the moment, have a shape unknown to us and invisible, as were the waves and the particles before the discovery of Quantum Physics.

Information and communication are the methods available to this discipline that does not want to replace medicine, where the pursuit of psychophysical wellbeing can be the recovery of vital energies, eliminate the mental state or emotional compromises due to the adverse situations of life, eliminate blocks or personal or inherited situations, to achieve a well-being that leads the person to reach the end of life, even if seriously ill, in a conscious and serene way.

Plasma entities come to our aid, if prompted by our communication, with questions, decrees, invocations and prayers.

In the post the Parking Angel is described as a situation where an angel, solves situations only with a simple request, read and try you too.

This website uses cookies to improve your experience while you navigate through the website. Out of these, the cookies that are categorized as necessary are stored on your browser as they are essential for the working of basic functionalities of the website. We also use third-party cookies that help us analyze and understand how you use this website. These cookies will be stored in your browser only with your consent. You also have the option to opt-out of these cookies. But opting out of some of these cookies may affect your browsing experience.
Necessary Sempre abilitato

Any cookies that may not be particularly necessary for the website to function and is used specifically to collect user personal data via analytics, ads, other embedded contents are termed as non-necessary cookies. It is mandatory to procure user consent prior to running these cookies on your website.