The Angels entities invisible to our eyes 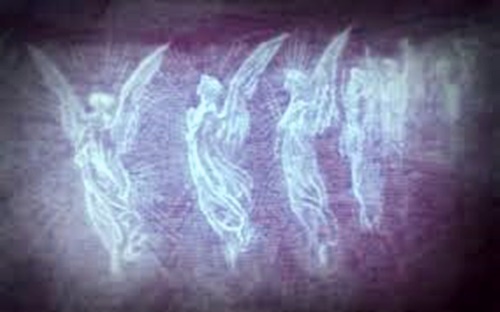 Why do not we see them?

The Angels and the Archangels are purely spiritual beings created by God, a messenger who manifest his will to men.

According to the Judeo-Christian tradition, angels are spiritual and heavenly beings, who help God and are creatures that have more power and ability than the human race.

It is difficult to explain how the Angels are.

These celestial beings are important figures and are always present in the various religious traditions, both present and past.

The characteristics described are very different from those highlighted by the Judeo-Christian tradition.

For these reasons, it is difficult to answer the question of how the Angels are physically.

Popular culture portrays the Angels in a very different way from the tradition and belief of religion.

The Holy Scriptures do not have a precise description of the appearance of the Angels, All accept their existence and call them by name.

The physiognomy of the Angels

The Angel is described with a delicate and beautiful physiognomy, with bird wings proportionate to the size of the body, a halo of light that appears on the head and gives off a strong luminosity.

Sometimes the angel is portrayed as a child, full of innocence and virtue.

The truth is that when we talk about Angels, everyone already imagines him in his own way and most people imagine him as a very handsome young man, wrapped in a tunic and full of luster.

Angels are spiritual beings and can present themselves in any way and in the Bible, they appeared to humans, in human form, as normal men and it is certain that they are in the masculine form.

There is no account of the appearance of the Angels that resemble women.

For the Jewish religion they do not have an essential physical form (Hebrews).

The testimony of Sister Lucia

Sister Lucy, the visionary nun of Fatima, described the appearance of the Angel of Peace which, on three occasions, showed herself to young children before the apparitions of Fatima.

“We started to see a whiter snow-white light, in the form of a transparent young man, brighter than a crystal pierced by the sun’s rays.

As he approached, we were distinguishing his traits: a young man aged 14 to 15 years, of great beauty. We were surprised and half absorbed.”

An interesting testimony, you can read in this article The Parking Angel

The witness also teaches how each of us can ask the Angels for help in times of difficulty.

The description by the visionary Sister Lucy makes us understand how the Angel has the ability to appear to the human from nothing, but the Angel does not appear from nowhere.

The Angel is always present, we are the ones who can not see him because he is an energetic entity that has vibrations that our eyes can not see.

The frequencies of the Angels are beyond visible light and therefore we can not perceive them.

Even their voice we can not hear because it has frequencies that our auditory apparatus does not perceive.

Only when they decide to make themselves visible and audible, their supernatural entity changes the vibration and enters the plane of human perception.

Legions of loving and trustworthy archangels watch over us, and you can develop an even closer relationship with them by learning their names and specialties.

In this uplifting nondenominational book, Doreen Virtue guides you in connecting with her 15 favourite archangels; and you’ll read true stories from people who received protection, miraculous healings and amazing guidance from these beloved heavenly beings.

What would you do if angels suddenly appeared in your life?

Would you keep it a secret?

This is the true story of how extraordinary encounters with angels changed the life of an ordinary mum and her family forever.

Patricia O’Toole and her two teenage sons were living quietly in a remote corner of Ireland when one day, unexpectedly everything changed.

Now you can give yourself and others accurate, loving and helpful readings about health and healing with these beautiful oracle cards, each featuring a gorgeous painting of Archangel Raphael.

Archangel Raphael is the angel most associated with healing, known throughout the world for his miraculous powers and ability to help those in need.